After spending a year and a half in lockdown in my family home in Ireland, I jumped at the chance to leave and study for my MA in Aarhus, Denmark. Because of the stereotype that Scandinavian countries are progressive and protective of human rights, I wasn’t worried about moving away from home.

I’ve had a tough time settling into Aarhus. In Dublin, I know the streets with no curb drops and where all the good wheelchair accessible bathrooms are, but here I feel like a fish out of water. The toughest thing to come to grips with here are the busses. On Danish busses, the ramp has to be pulled out and put in place – meaning that wheelchair users must travel with an assistant or hope a kind stranger will help.

Almost two weeks ago, a friend walked me to the bus stop and pulled out the ramp for me before saying goodbye and heading home. When I was exiting the bus, there was nobody around to help me, so I called out to the driver that I needed help – something I’ve done a million times before. The driver then approached me in a very confrontational manner and told me that in the future, I would not be welcome on the buses without an assistant because it was not his job to help me.

I was stunned. Having been to dozens of different European cities I’ve never had such a bad experience on public transport. In Ireland, buses have an automatic ramp, so the drivers only have to press a button, but it is an unspoken rule that drivers will help any passenger. According to the Danish Institute for Human Rights, 32 European capital cities took part in a survey on the accessibility of public transport, Denmark’s capital ranked the lowest of the list. Bus drivers in Copenhagen are forbidden from helping any passenger onboard.

Although it isn’t forbidden in Aarhus, drivers are not obligated to help. I pointed out to the driver in question that under the United Nations Convention on the Rights of Persons with Disabilities persons with disabilities have the right to travel independently. The driver did not listen and then forced me off the bus. In any other situation, I think I would have stood my ground and argued, but all I wanted to do at that moment was go home and cry.

The next day, I was told by a sympathetic bus driver that I should look into an alternative system here called Flextrafik. Flextrafik is a smaller bus service specifically for people with disabilities who are travelling without assistance. With Flextrafik, the bus needs to be booked in advance, preventing any sort of spontaneity. The UNCRPD protects the ability of disabled people to travel independently, whenever they want. Flextrafik is not a solution for an inaccessible public transport system.

I vented my frustrations on Twitter and was contacted by a journalist at B.T Aarhus who wanted to use my experience as a jumping off point for a larger story about the Danish bus system. I was saddened to learn that this has been an ongoing struggle for the disabled community in Denmark and that the bus companies have made no effort to change.

If anything, the bus companies have changed for the worse. The aforementioned report by the Danish Institute for Human Rights notes that five out of the six bus companies in Denmark have no obligation to help wheelchair users on board. In 2014, half of the bus companies allowed their drivers to help, but today there is just one.

The article notes that Aarhus Municipality plans to become European Access City in 2023. Change won’t happen overnight but there is a lot of work that needs to be done before Aarhus can be considered an accessible city.

Niamh Ní Hoireabhaird is an Irish disability activist and journalist, studying for a MA degree in Journalism, Media and Globalisation. Through her writing, Niamh hopes to tell the stories about the disability community that go unreported.
You can follow her on Twitter: @niamhnih 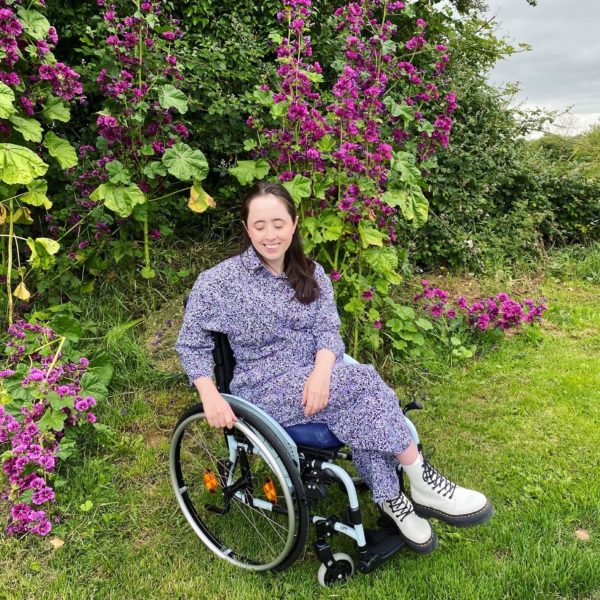 Women and the War - Inspired by their own knowing: Women, disability, and complex challenges

Blog post written by Phillipa Tucker – Coordinator Eastern and Central Europe, EDF Much has been written about...

The Acropolis: a complex with improved accessible facilities

Blog post written by Marily Christofi, Accessibility Expert collaborating with the NCDP It is now commonly accepted that...

Blog post by Sif Holst candidate for the Committee on the Rights of Persons with Disabilities On March...