Vera
Vera has received support by SUSTENTO organization for the provision of assistive devices, health care, job search assistance, accessible transport services and different kind of consultations. The support was provided within the framework of EDF and CBM joint programme.
Vera is a Ukrainian woman born in Latvia. She has spent most of her life in Ukraine. She is now a refugee from Kharkiv.

“In the early morning of February 24, there was noise from rockets and planes, continuous explosions. As a blind woman in such a situation, it is difficult to understand exactly where the bomb hits or explodes. I called the neighbor and asked him. I knew that during a flight or a shooting, two walls would give even a small hope of escape – one would stop the projectile, the other – the wave of the explosion. So, I should sit next to the bathroom. Because I live close to the army, the shootings were intense and regular around the one hour,” recalls Vera.

“I talked to my daughter and decided to leave, although I was worried about how I would get out of the country when I am blind. After several days of searching and consultations, a solution was found, and I went on my way to Dnipro.

The next day I was helped to get on the train, and I went to Lviv. After that, my way led to Lithuania. And again – kind people and a lot of help.

If someone else told me that they could get out of a war-torn country without incident, I wouldn’t believe it. There were even problems with excursions or leisure trips. But for me, everything went like a treadmill”. 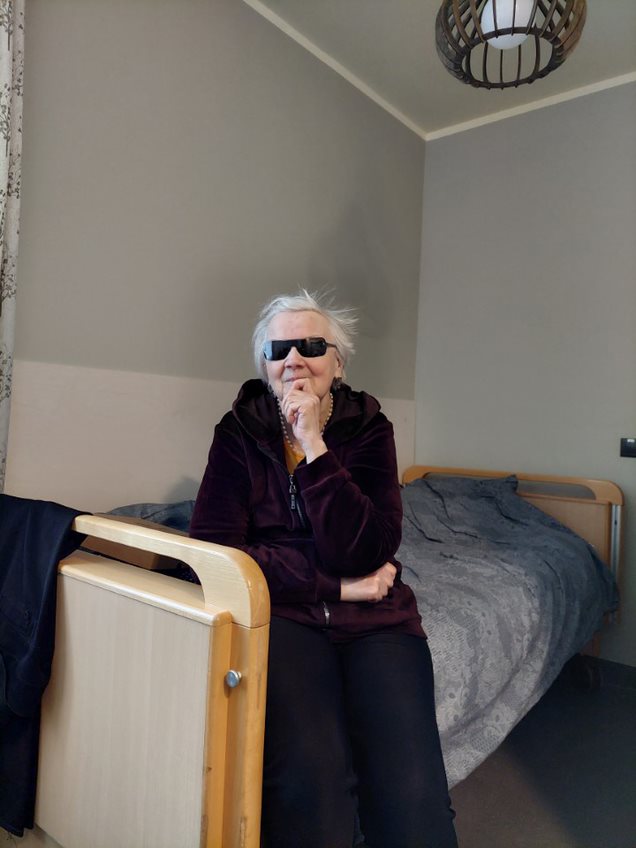 The European Disability Forum, with Disability Rights Agenda and Mental Health Europe is following with deep concern the...

On Thursday 8 September, we collaborated with Inclusion Europe to a conference on “Disability-Inclusive Rebuilding in Ukraine”. The...

The European Disability Forum is very much pleased to see increased accessibility of the State of the European...